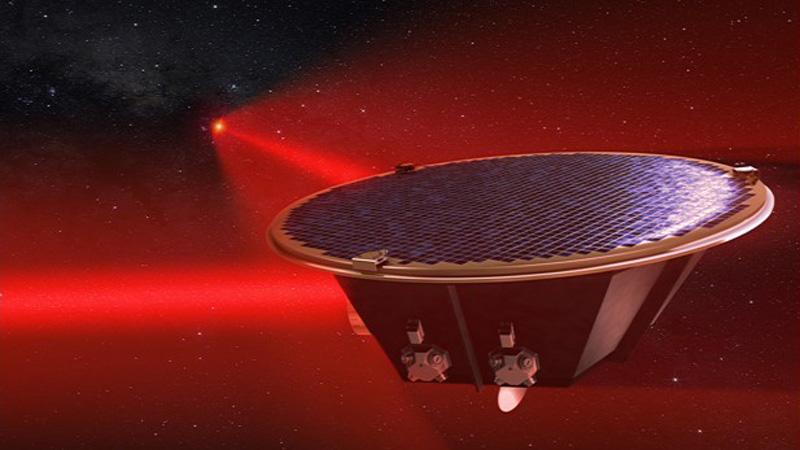 The LISA trio of satellites to detect gravitational waves from space has been selected as the third large-class mission in ESA’s Science programme, while the Plato exoplanet hunter moves into development.

These important milestones were decided upon during a meeting of ESA’s Science Programme Committee today, and ensure the continuation of ESA’s Cosmic Vision plan through the next two decades.

The ‘gravitational universe’ was identified in 2013 as the theme for the third large-class mission, L3, searching for ripples in the fabric of spacetime created by celestial objects with very strong gravity, such as pairs of merging black holes.

Predicted a century ago by Albert Einstein's general theory of relativity, gravitational waves remained elusive until the first direct detection by the ground-based Laser Interferometer Gravitational-Wave Observatory in September 2015. That signal was triggered by the merging of two black holes some 1.3 billion light-years away. Since then, two more events have been detected.
LISA concept

Furthermore, ESA’s LISA Pathfinder mission has also now demonstrated key technologies needed to detect gravitational waves from space. This includes free-falling test masses linked by laser and isolated from all external and internal forces except gravity, a requirement to measure any possible distortion caused by a passing gravitational wave.

The distortion affects the fabric of spacetime on the minuscule scale of a few millionths of a millionth of a metre over a distance of a million kilometres and so must be measured extremely precisely.

LISA Pathfinder will conclude its pioneering mission at the end of this month, and LISA, the Laser Interferometer Space Antenna, also an international collaboration, will now enter a more detailed phase of study. Three craft, separated by 2.5 million km in a triangular formation, will follow Earth in its orbit around the Sun.

Following selection, the mission design and costing can be completed. Then it will be proposed for ‘adoption’ before construction begins. Launch is expected in 2034.

Planet-hunter adopted
In the same meeting Plato – Planetary Transits and Oscillations of stars – has now been adopted in the Science Programme, following its selection in February 2014.

This means it can move from a blueprint into construction. In the coming months industry will be asked to make bids to supply the spacecraft platform.

Following its launch in 2026, Plato will monitor thousands of bright stars over a large area of the sky, searching for tiny, regular dips in brightness as their planets cross in front of them, temporarily blocking out a small fraction of the starlight.