AT: The LISA Pathfinder Science Archive is online 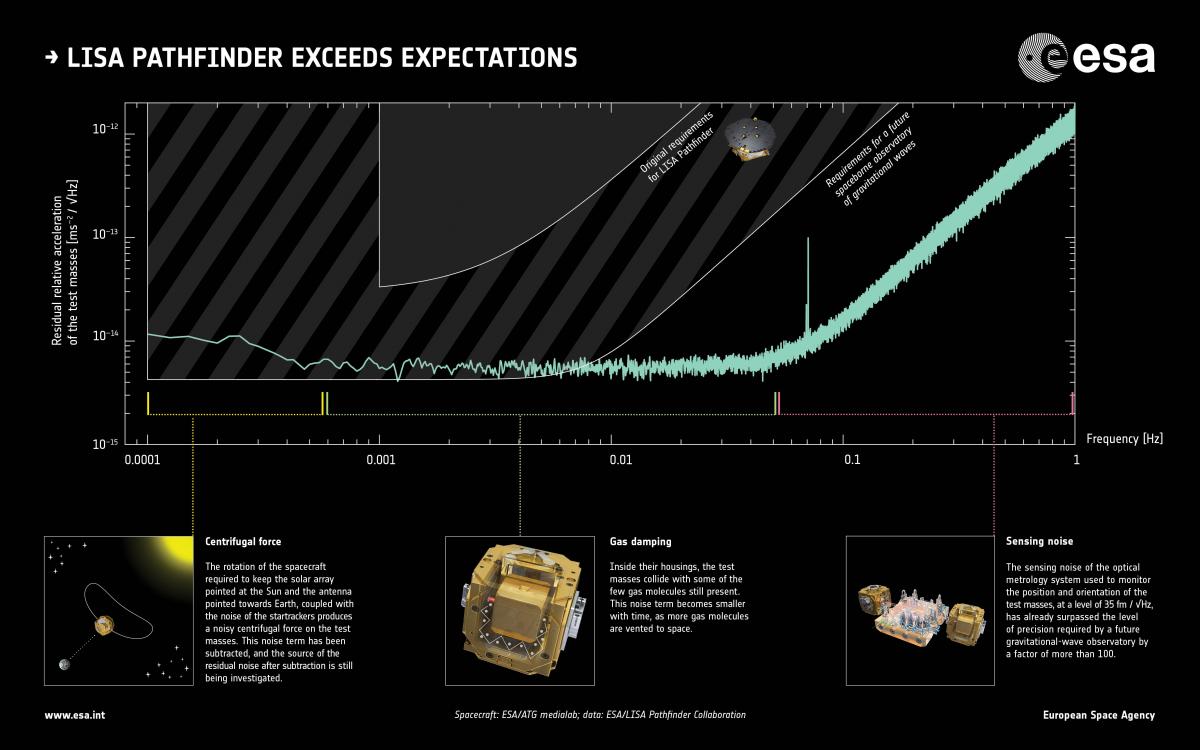 Today, ESA's LISA Pathfinder Science Archive opens its virtual gates to the world. It contains data collected by the satellite during the mission's first few months, covering the nominal operations phase of the LISA Technology Package (LTP) – the European payload on LISA Pathfinder.

Launched on 3 December 2015, LISA Pathfinder reached its operational orbit roughly 1.5 million km from Earth towards the Sun in late January 2016. There, it has been demonstrating technology to observe gravitational waves from space by placing two test masses – a pair of identical gold-platinum cubes, measuring 46 mm and with a mass of 2 kg each – in the most precise free fall ever obtained.

After the commissioning phase, science operations with the LTP payload started on 1 March and lasted until 25 June. The baton was then passed to the Disturbance Reduction System, an additional experiment provided by NASA on the LISA Pathfinder satellite, that is currently taking measurements. Operations with the LTP will start again in November, for seven months of the extended mission.

First results based on just two months of science operations showed that LISA Pathfinder exceeded expectations, as the two test masses are falling freely through space under the influence of gravity alone, unperturbed by other external forces, to a precision more than five times better than originally required.

As the LTP consortium's proprietary period on the data has expired, the entire data set – including the telemetry of the satellite from launch until the end of the LTP nominal operations phase – is now being published online so that the worldwide scientific community can access it.

The archive, which features an intuitive cross-platform web interface with search panels, asynchronous data download in several formats and access to an online help-desk, will be regularly updated with new data releases and results. New users who subscribe to the archive will have access to all downlink products and planning files.

The LISA Pathfinder Science Archive is hosted on ESA's servers at the European Space Astronomy Centre (ESAC) near Madrid, Spain.