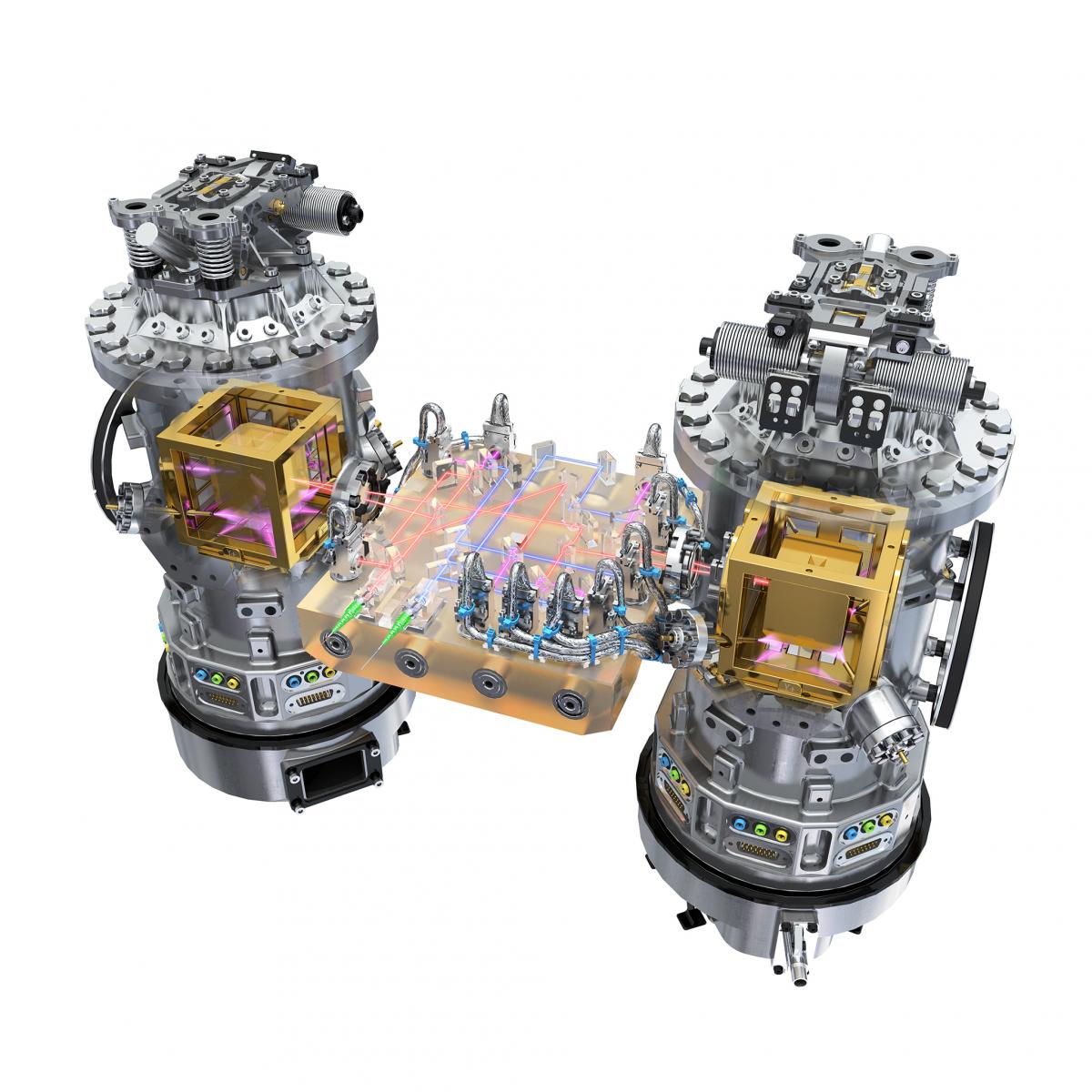 Since December 3, 2015, LISA Pathfinder is in space and still on the way to its target position that the satellite will reach in late January. Mission scientist have now surccessfully switched on and tested the first science payload systems

Between January 11 and 13, 2016, important science payload components – the laser system, the data management unit and several inertial sensor systems – have been successfully switched on and their operability has been confirmed.

“I am very happy and content that the first test went so well. These are the first steps on the way to the unique space laboratory we will soon have with LISA Pathfinder,” says Prof. Dr. Karsten Danzmann, director at the Max Planck Institute for Gravitational Physics (Albert Einstein Institute) in Hannover and professor at Leibniz Universität Hannover. He is the Co-Principal Investigator of the LISA Pathfinder Technology Package, the satellite's scientific heart. “Using LISA Pathfinder we will demonstrate key technologies for gravitational-wave detection in space and pave the way for LISA.”

The mission scientists switched on the laser system on January 13 and confirmed it operates correctly. The laser is used for LISA Pathfinder's optical metrology system which will measure the free fall of the two test masses with high precision. It is therefore crucial for the most important experiment of LISA Pathfinder. The laser light is fed into an interferometer which uses the free floating test masses as end mirrors. This way the test masses' positions and orientations relative to one another and to the satellite can be measured with unprecedented precision of roughly 10 picometers (one hundred millionth of a millimetre). The construction of the precise optical measurement system was lead by the Max Planck Institute for Gravitational Physics (Albert Einstein Institute) in Hannover.

The data management unit (DMU) is the central interface for the control of the space laboratory LISA Pathfinder (LPF). It receives the commands sent to the on-board computer for the execution of the experiments and translates them for the LISA Pathfinder Technology Package (LTP). The LTP will conduct the mission's crucial experiments. The DMU also processes the experimental results for the on-board computer which prepares the data transfer back to Earth.

The next important step in the mission schedule is the separation of LISA Pathfinder from its propulsion module at the end of January. After that the spacecraft will swing into a halo orbit around the Lagrange point L1, which it will keep until the end of the mission in late 2016 using regular orbital correction maneuvers.

Most eagerly awaited is the release of the two test masses in mid February. The masses have been secured by a complex caging mechanism for the launch, and the procedure of controlled release, capture, and their control by electrostatic forces is one of the most important steps during the entire mission.

“I am very excited about the release of the two test masses. This will be the crucial step for the mission and is at least as thrilling as the rocket launch in December,” says Dr. Jens Reiche, LISA Pathfinder project manager at the Max Planck Institute for Gravitational Physics (Albert Einstein Institute) in Hannover.

Following that, the industrial partners will show that all systems work as planned and that the critical technologies for LISA have been successfully built and have been tested in space conditions. In early March the satellite will begin the scientific measurement campaign.