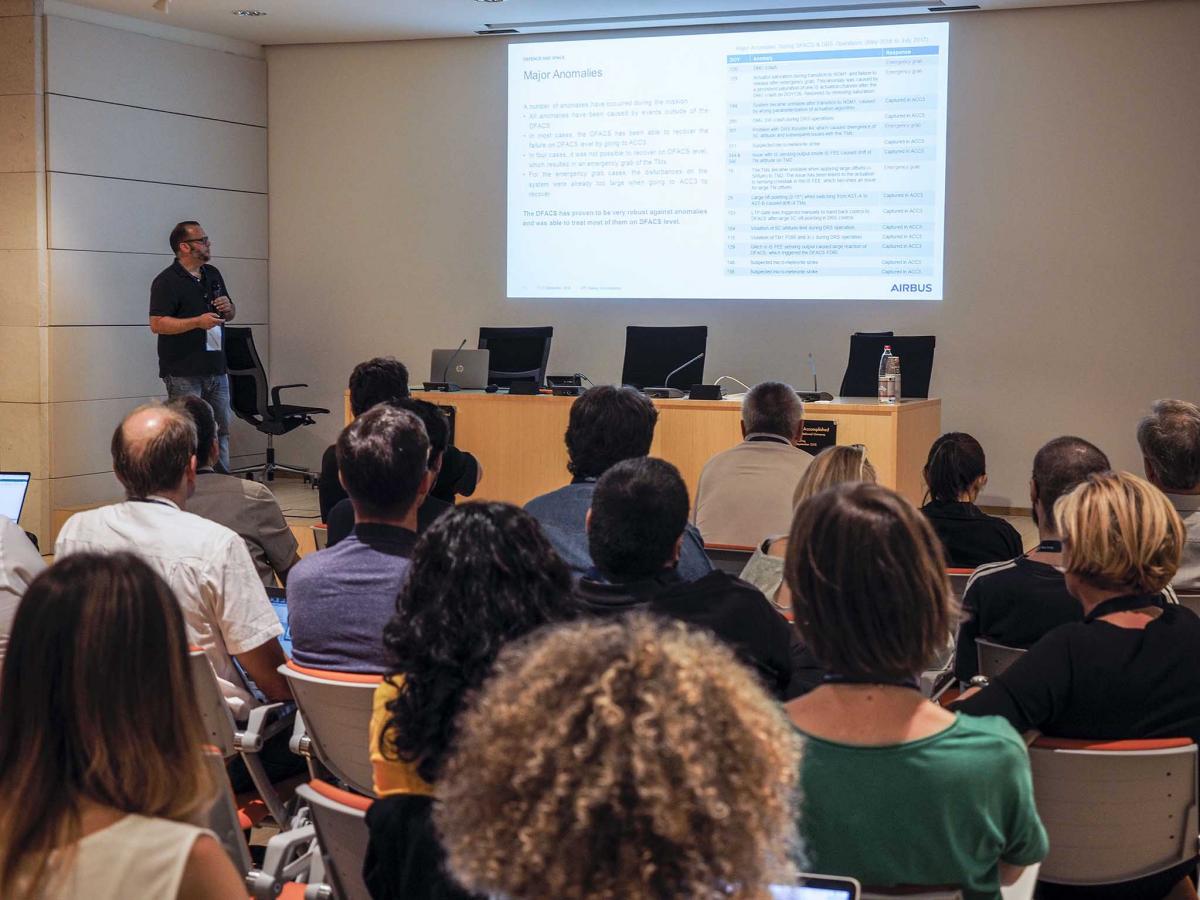 Latest investigations confirmed that LISA Pathfinder has demonstrated the feasibility of the sophisticated space-time measurements necessary for a future gravitational wave observatory in space, at and beyond the precision required by LISA. This is a leap of several orders of magnitude in the field of gravitational physics.

The LISA Pathfinder scientific collaboration met in Trento, together with key representatives of the space agencies and industries that made the mission possible, to discuss the scientific results and their impact on LISA. They planned future work, and celebrated the success of their teamwork.

LISA Pathfinder is the European Space Agency (ESA) precursor mission to the LISA space-based gravitational wave observatory that the agency is developing within the Cosmic Vision Programme. LISA Pathfinder has been developed within an international collaboration led by ESA and including the space agencies of France, Germany, Italy, Spain, Switzerland, The Netherlands and United Kingdom, and NASA.

The LISA Pathfinder mission concluded its post-operation phase at the end of 2018, but the scientific data it has produced will be further analysed and exploited for quite some time in the future.

As a consequence of LISA Pathfinder´s successful results, even exceeding the mission requirements, ESA has given earlier a final green light to the development of LISA.