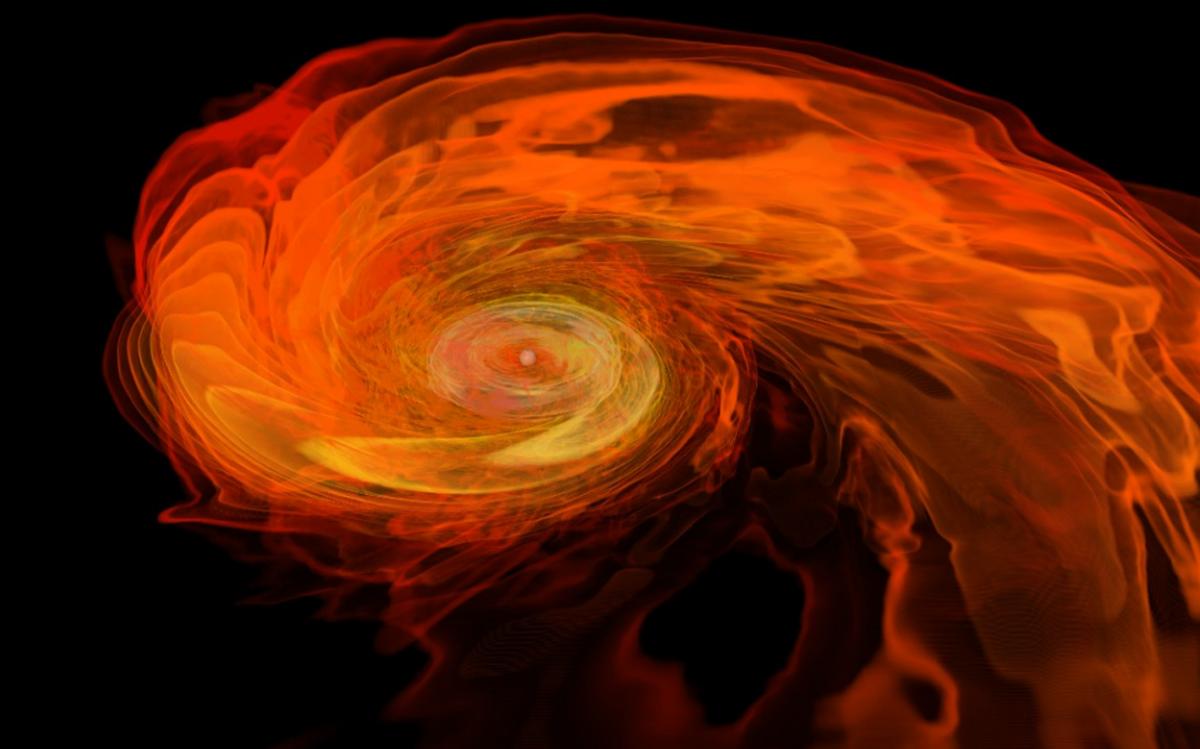 Numerical simulation of the gravitational waves emitted during the merger of two neutron stars into a black hole.

The observation of gravitational waves in space will provide powerful insight into the fundamentals of gravity, and into Einstein's theory that predicted the waves in 1916. A gravitational wave observatory in space will open up hidden chapters in the history of the Universe by listening to the waves made by the earliest black holes, by thousands of binary stars, and possibly by the Big Bang itself. By seeing how the waves from early black holes are stretched out as they move toward us through the expanding Universe, the observatory will even study the mysterious dark energy.

A hires version may be obtained by contacting Dr. Elke Mueller at the AEI: elke.mueller@aei.mpg.de