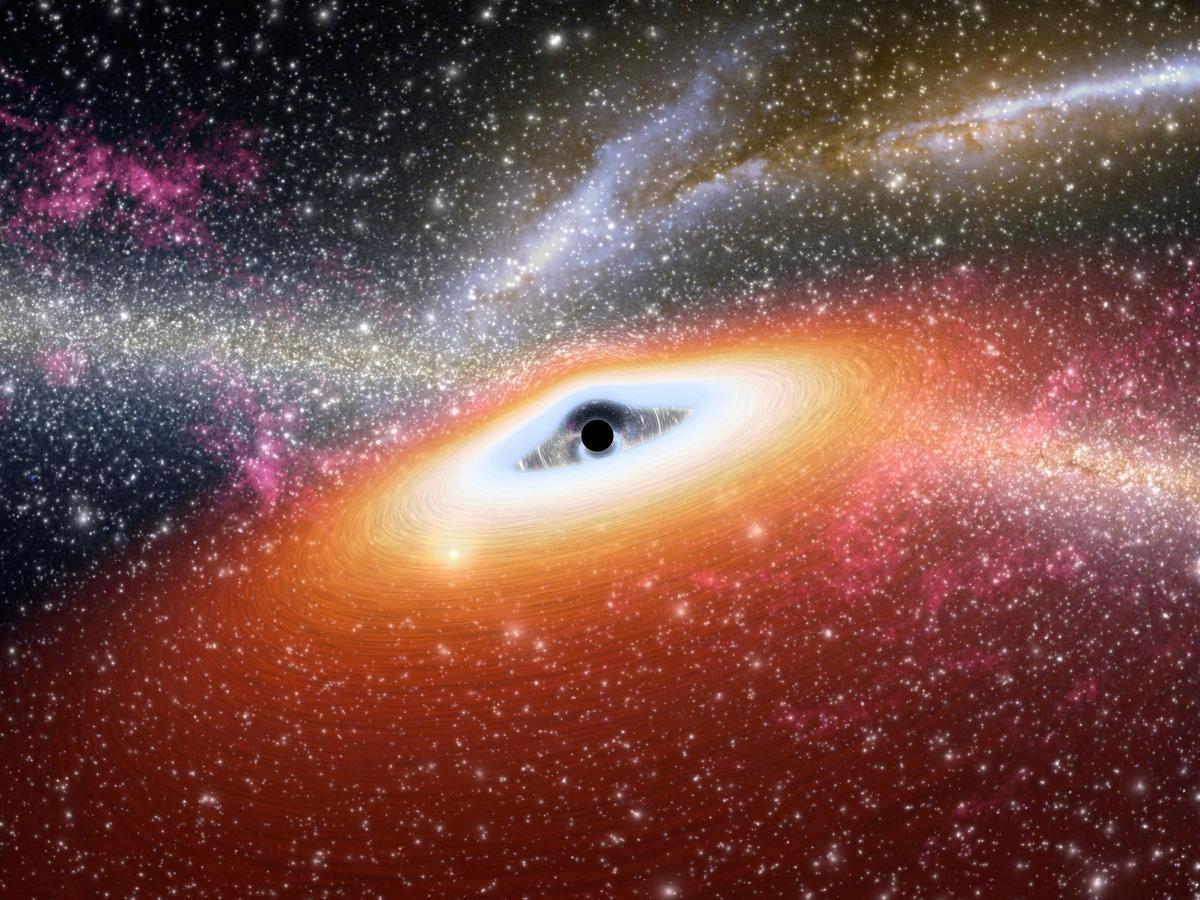 This artist's conception illustrates one of the most primitive supermassive black holes known (central black dot) at the core of a young, star-rich galaxy. Astronomers using NASA's Spitzer Space Telescope have uncovered two of these early objects, dating back to about 13 billion years ago. As the drawing shows, gas swirls around a black hole in what is called an accretion disk. Usually, the accretion disk is surrounded by a dark doughnut-like dusty structure called a dust torus. But for the primitive black holes, the dust tori are missing and only gas disks are observed. This is because the early universe was clean as a whistle. Enough time had not passed for molecules to clump together into dust particles. Some black holes forming in this era thus started out lacking dust. As they grew, gobbling up more and more mass, they are thought to have accumulated dusty rings. This illustration also shows how supermassive black holes can distort space and light around them (see warped stars behind black hole). Stars from the galaxy can be seen sprinkled throughout, and distant mergers between other galaxies are illustrated in the background. (Quoted from JPL-Caltech)