The ESA satellite mission LISA Pathfinder has successfully demonstrated the technology for a gravitational wave observatory in space such as LISA. 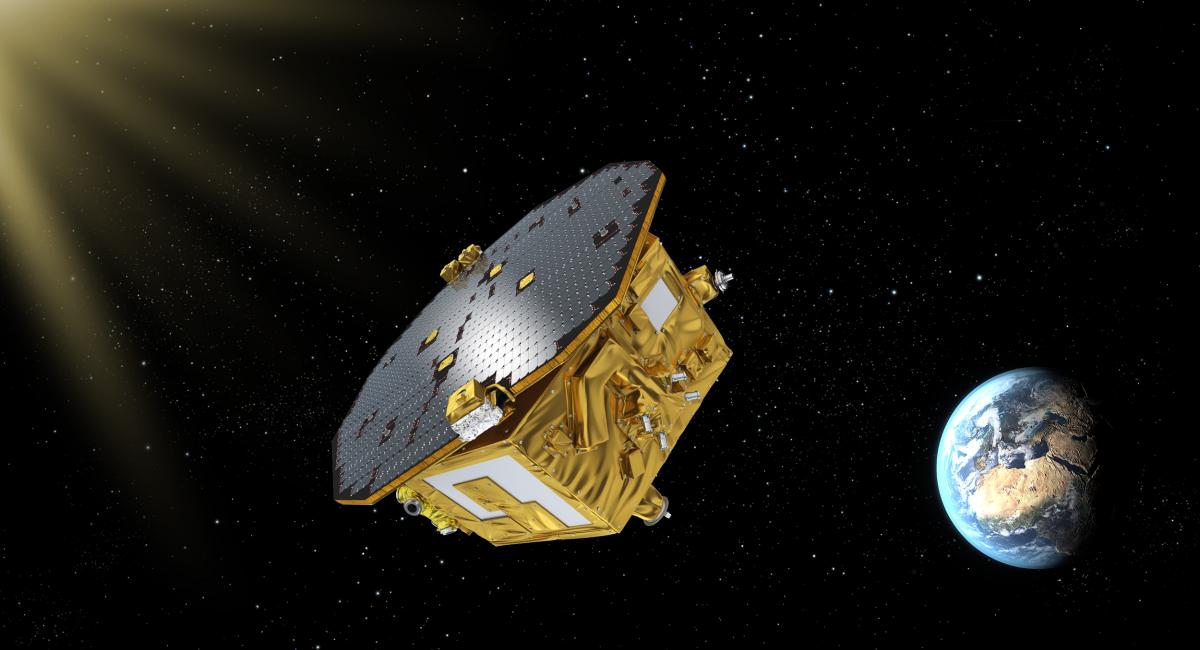 LISA Pathfinder paves the way for the LISA mission by testing in space the very concept of gravitational wave detection.

The quietest place in the solar system
LPF launched successfully on 3rd December 2015 at 4:04 GMT. After a picture perfect start, a journey to its destination some 1.5 million kilometers from Earth towards the Sun, and a successful release of the test masses, LISA Pathfinder began its job as a space laboratory on 1 March.

LISA Pathfinder (LPF) placed two test masses in a nearly perfect gravitational free-fall, and controls and measures their relative motion with unprecedented accuracy. This is achieved through innovative technologies comprising inertial sensors, an optical metrology system, a drag-free control system and micro-Newton thruster system. The test-masses and their environment are the quietest place in the solar system.

With LISA Pathfinder, scientists have created the quietest place known to humankind. Its performance exceeds all  expectations by far. Observing the most perfect free fall ever created was only made possible by reducing and eliminating all other sources of disturbance.

The first results, presented in June 2016, show that the two test masses at the heart of the spacecraft are falling freely through space under the influence of gravity alone. They are unperturbed by other external forces, to a precision more than five times better than originally required. The results show that the test masses are almost motionless with respect to each other, with a relative acceleration lower than 1 part in ten millionths of a billionth of Earth's gravitational acceleration. This corresponds to the weight of a virus on Earth.

All these technologies are not only essential for LISA, they also lie at the heart of any future space-based test of Einstein's General Relativity. The successful demonstration of the mission’s key technologies thus opens the door to the development of a large space observatory capable of detecting gravitational waves emanating from a wide range of exotic objects in the Universe.