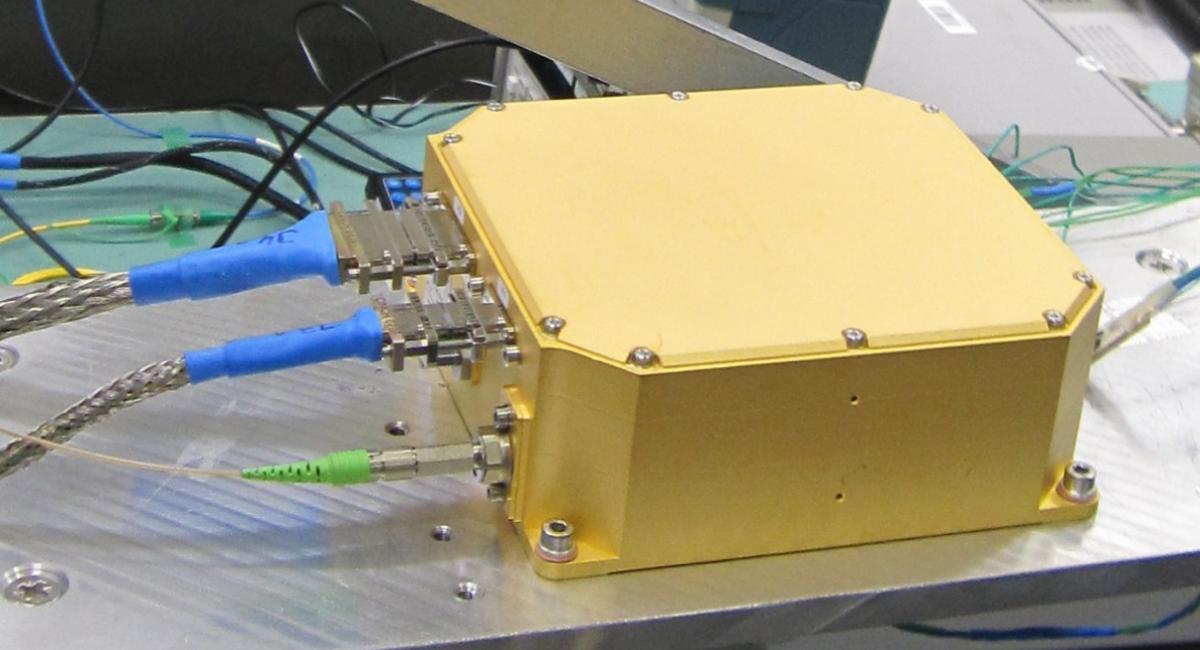 The laser is a Nd:YAG laser emitting light at 1064 nm, with a power of approximately 40mW arriving at the end of an optical fibre. After verification on LISA Pathfinder, this laser will be available as the standard master laser for many future missions. 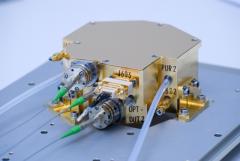 The laser is fibre-coupled to a modulation unit (shown left), which splits the beam into two parts. Each beam is frequency-shifted by an acousto-optical modulator, one by 80 MHz + 0.5kHz, the other by 80MHz - 0.5kHz. The difference between these two modulations (1kHz) is the heterodyne frequency at which the phase measurements are made. The two beams from the laser modulator are then injected via optical fibres onto the optical bench.

The flight laser unit is provided by TESAT GmbH & Co. KG, with the laser control electronics coming from Kayser Threde GmbH and the laser modulator from RUAG.