A possible mission extension to look for deviations from Newtonian gravity 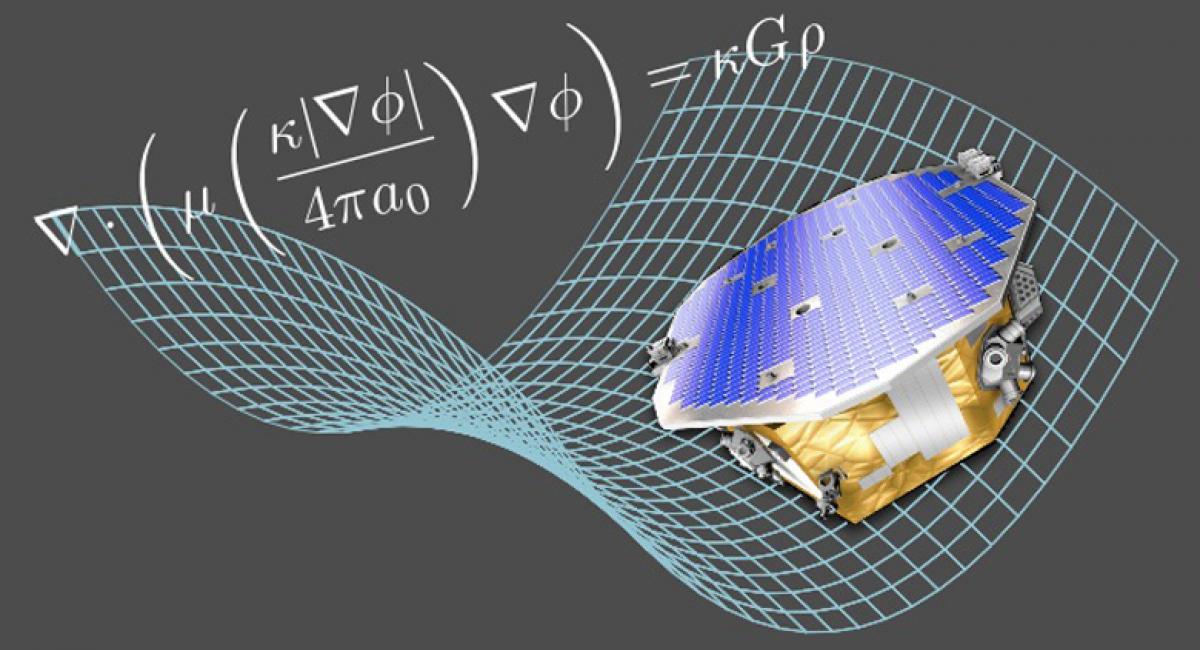 LPF can fly through the Earth-Sun saddle point and look for deviations from Newtonian gravity, potentially constraining some alternative theories of gravity.

LISA Pathfinder is an extremely sensitive gradiometer, able to measure small changes in the external gravity gradient on time scales of 10’s of minutes. This offers the opportunity to look for deviations from Newtonian gravity. A number of alternative theories of gravity have been proposed over the last few decades, primarily with the aim of explaining the observed rotation curves of galaxies (as an alternative to invoking dark matter). These alternative theories often have a characteristic acceleration scale below which deviations from Newtonian dynamics should be observable. One such place where the Newtonian background drops below this characteristic acceleration scale is at the Earth-Sun saddle point. 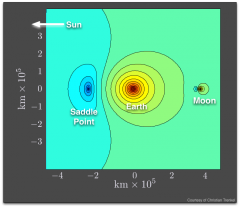 A possible mission extension is currently being studied whereby LPF would be perturbed from its orbit at L1 and navigated through the Earth-Sun saddle point. In doing this, LPF would have a velocity which would put the signals predicted from theories like MOND, right within the LPF sensitive band (around 1mHz). Currently a team of scientists, including members of the LPF Science Team and experts on these alternative theories, is studying the possible mission scenarios and the details of the data analysis to assess what can be tested.