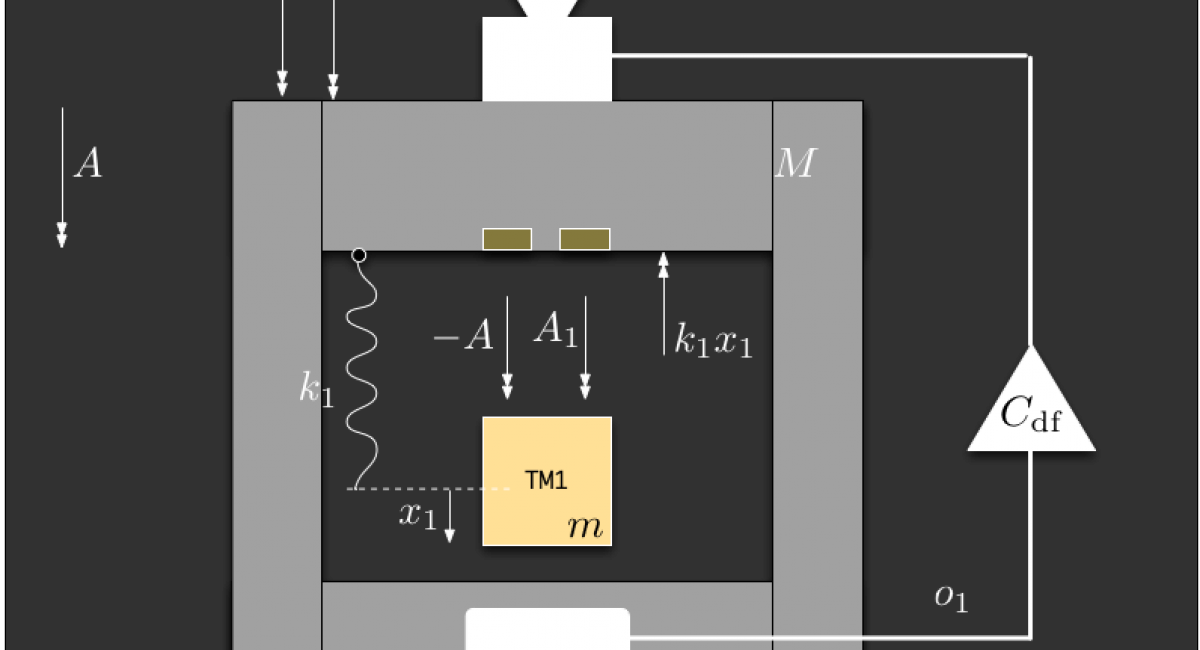 The primary science objective of LISA Pathfinder is that of measuring the stray, non-geodesic, differential acceleration between the two test masses

This measurement is performed with the control scheme described above, namely:

To calculate Δg from the measured signals o1 and o12, we simply apply Newton’s equations to the system of the satellite and the two TMs, considering the applied electrostatic forces on TM2, FES, and the effective resonant angular frequencies associated with the elastic coupling – associated with any steady force gradients – between each TM and the spacecraft, ω1p2 and ω2p2. This yields the value according to the force equation shown in the graphic.

The official LISA Pathfinder mission goal requires that the noise in the differential acceleration, Δg, be less than 30 fm/s2/√Hz at 1 mHz. Our best estimate – based on extensive ground testing and analysis of the flight hardware systems and known environmental noise – estimates that we will achieve roughly 3 times lower – and even better in the envisioned free-fall mode.