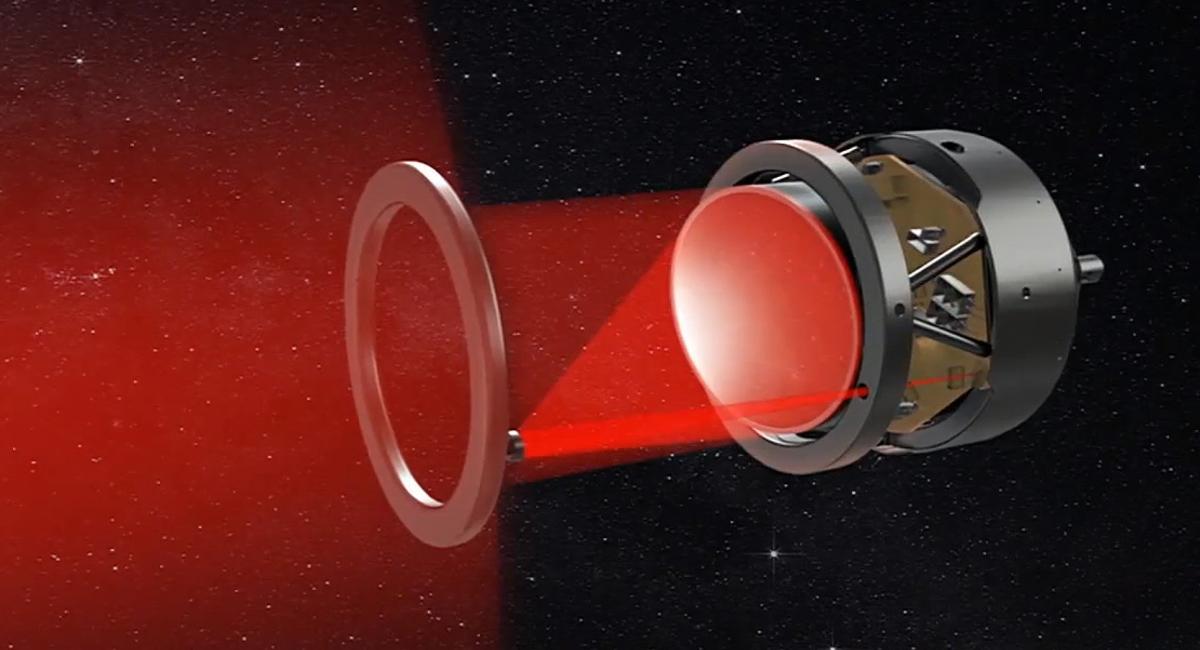 LISA´s payload consists of two identical units on each spacecraft. Each unit contains a Gravitational Reference Sensor (GRS) with an embedded free-falling test mass that acts both as end point of the optical length measurement and as geodesic reference test particle.

A telescope with 30 cm diameter transmits the laser light, about 2 W at 1064 nm, along the arm and also receives the weak light (few hundred pico-Watts!) from the other end. Laser interferometry is performed on an optical bench in between the telescope and the GRS.

On the optical bench, the received light from the distant spacecraft is interfered with the local laser source to produce a beat signal between 5 and 25 MHz, which is detected by a photodiode. The phase of that beat note is measured with μcycle precision by an electronic phase meter. Its time evolution reflects the laser light Doppler shift from the relative motion of the spacecraft, containing both the macroscopic arm length variations, 104 km on timescales of months to years, and the tiny fluctuations with periods between seconds and hours that represent the gravitational wave science signal.