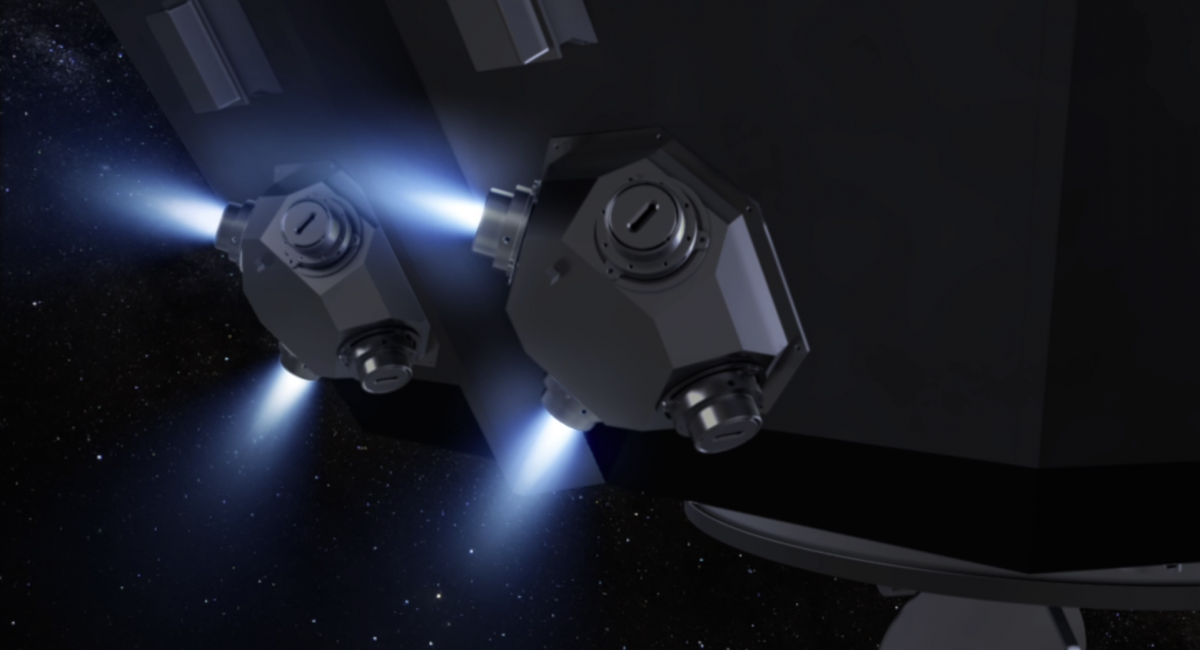 To establish this “drag-free operation”, a housing around the test mass senses the relative position of test mass and spacecraft, and a control system commands the spacecraft’s thrusters to follow the free-falling mass.

The test masses are 46 mm cubes, made from a dense non-magnetic Au-Pt alloy and shielded by the Gravitational Reference Sensor (GRS). The GRS core is a housing of electrodes, at several mm separation from the test mass, used for nm/√ Hz precision capacitive sensing and nN-level electrostatic force actuation in all non-interferometric degrees of freedom. The GRS also includes fibers for UV light injection for photoeletric discharge of the test mass and a caging mechanism for protecting the test mass during launch and then releasing it in orbit. The GRS technology is a direct heritage from LISA Pathfinder.