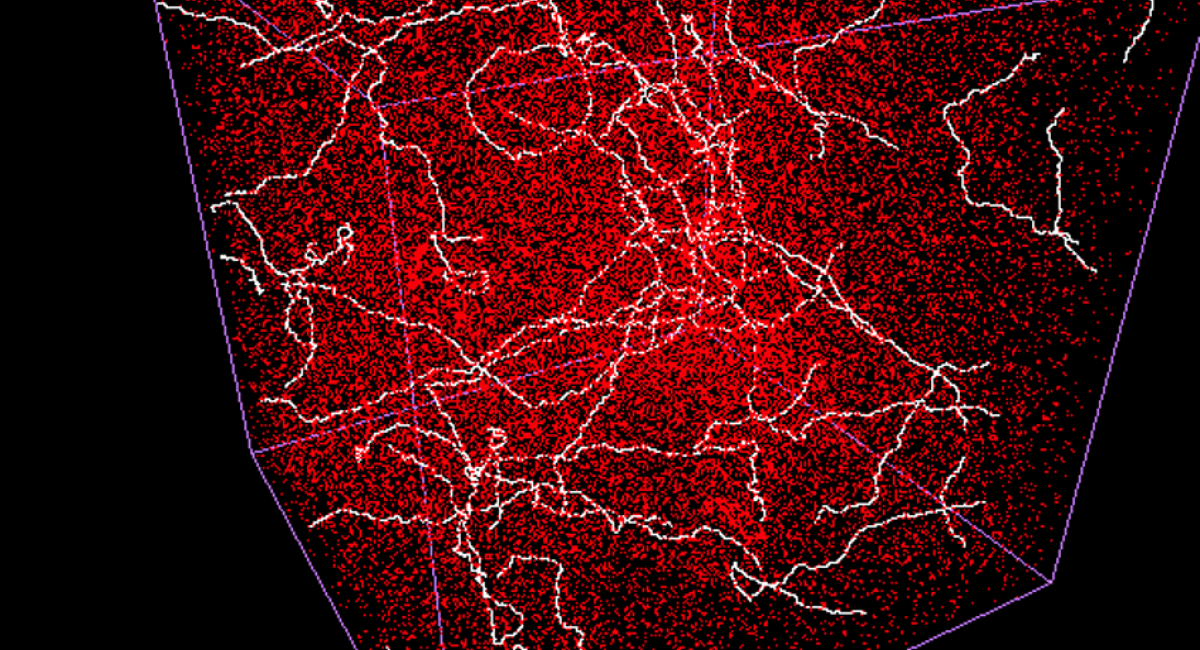 The LISA frequency band corresponds to horizon scales in the early Universe at energies of the order of the TeV, where new physics, such as extra dimensions, is expected to become visible. One of the effects of the new physics are primordial first order phase transitions, proceeding through the explosive growth of broken phase bubbles, and leading to efficient gravitational wave production.

LISA is capable of detecting the gravitational wave stochastic background from such events in the energy range from 100 GeV to 1000 TeV, if a fraction of 10-5 of the total energy density of the Universe is converted into gravitational waves during the phase transition.

LISA will also provide a unique probe on cosmic (super-)strings, relics of the very early Universe at even higher energy scales, which are predicted in several theories unifying the fundamental interactions of nature, including string theory. Their detection would offer direct evidence for phenomena occurring at energies up to 1016 GeV and which are not observable with conventional astronomy.

Through gravitational wave detection, LISA is therefore capable of probing energy ranges much beyond the reach of present particle accelerators and gather informations on the state of the Universe at much earlier epochs than those directly probed by any other cosmological observation. Gravitational waves represent the next messenger to probe the very early Universe, after the use of the Cosmic Microwave Background.